skip to main | skip to sidebar

Letters from the ALAMO

At the Alamo in San Antonio de Bexar, 150 Texican's led by William Barret Travis made their stand against Santa Anna's vastly superior Mexican Army. The troops arrived on February 23rd, 1836 where Santa Anna flew the flag of no quarter, meaning "no mercy."  Travis watched through the night as the troops continued to arrive. By morning, on the second day of the siege, February 24, 1836, Travis called for reinforcements with this heroic message: A letter sent out requesting the aid of fellow countrymen.
Read more »
Posted by cowboysandchuckwagoncooking at 8:21 PM No comments:

There's a Yellow Rose of Texas 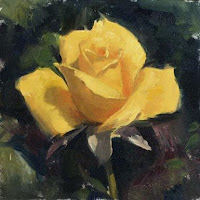 History is often remembered as some personnel recollection, exaggerated at times.  However, there is the myth of the Yellow Rose of Texas. Some truth to the story, though remembered more likely for its legend than those of actual facts.
Read more »
Posted by cowboysandchuckwagoncooking at 10:26 AM No comments:

World over people are familiar with the state of Texas. Be it the Battle Cry for freedom with the Battle of the Alamo or viewing some one wearing A cowboy hat is first thought of as Texan before any other state much due to the legendary history of this state. Likely the boldness of Texas comes from not just it's size or the fight for independence. Moreover, many factors play a role that makes Texas and Texans famous world wide.